The Story of Doggo 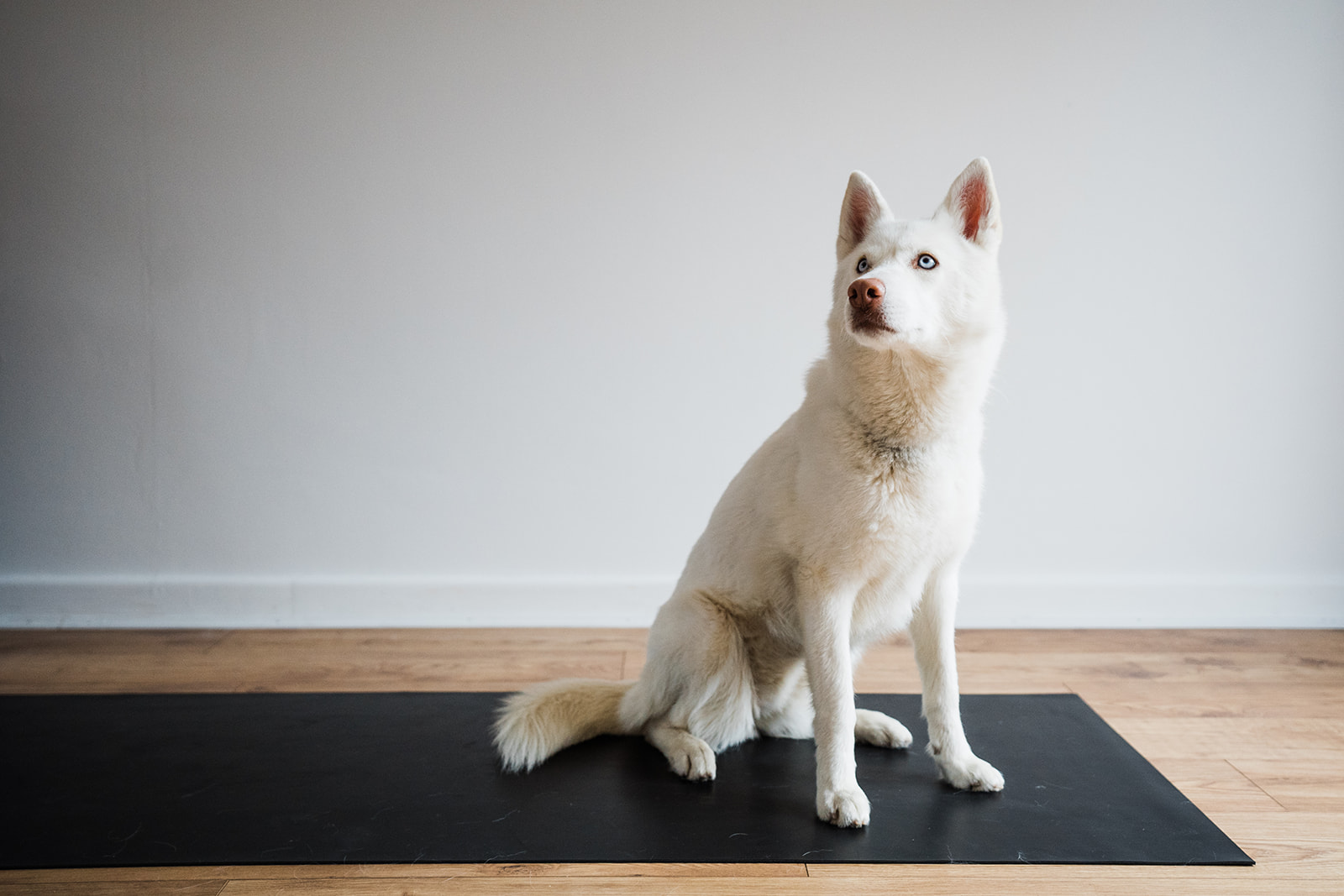 I grew up with pets. They were an integral part of my childhood. After moving to the UK, I desperately wanted a furry companion. However, unless you own your property in the UK, it is highly unlikely that your landlord/lady/person will permit a pet. Such was the case with our rental property. So, we waited until we were in a position to buy.

We moved to Rugby at the start of November 2018 into our new home. Immediately, I started researching places for adopting a pet.

Why we chose to adopt:

I’ve never bought a pet in my life. My parents didn’t either. Growing up, our cats found us. Puddycat found my parents who took her in. Oreo found my dad who brought him home to me. Reggie found my brother who brought her home (to a very upset mom who dreaded the idea of another cat). The idea of buying a cat or dog or any type of animal when I knew there were so many in shelters and rescues looking for homes was just not something that crossed my mind.

Originally, we were going to get a cat first. I imagined us adopting a slightly older cat and giving it a comfortable home to grow even older in. The more we thought about it though, the more appealing a dog was to us. Since my husband and I both work from home, we have to make a conscious effort to leave the house. Having a dog would mean a daily need to leave the house and get fresh air. As people who like to hike and travel, the idea of a dog companion grew on us as we could take our dog with us on our camping trips.

We searched online looking on sites like RSPCA, Dog’s Trust, Blue Cross, and others. One Saturday morning we decided we would just drive to our local Dog’s Trust and see what happened. We had picked out four dogs online that we thought might be good for us.

As neither of us had ever owned a dog before, we didn’t want to get a dog that required too much work or had a very traumatic past.

We showed up at Dog’s Trust at 12pm to a huge queue waiting outside to be let in. Joining at the back, we slowly made our way to reception. There were lists of dog names everywhere with people names underneath. These were the waiting lists for the dogs. Most dogs had at least one name under it, some had multiple, and a few had none.

“Which dog are you here to see?” the lady at reception asked.

We listed off the four dogs we had seen online.

“Right, I can add you to the waiting list for three of them, but they may get adopted by the other people before you. This last dog, Kenzie, she hasn’t had anyone to see her since she came in. Would you like to see her first?”

“Okay, go sit over there and someone will be with you soon.”

We went to sit down and were shortly joined by Dave 3 (the third Dave to join Dog’s Trust at this particular branch).

Dave 3 had a large binder with him that he set down in front of us.

“This is Kenzie’s history,” he said.

For the next hour, Dave 3 told us about Kenzie. Here is a very abbreviated version:

“She’s 4 years old. She’s been in Dog’s Trust twice now. Her first home had to give her up due to a change of circumstances, most likely a change in work hours. She came to the kennel with another dog that she spent her whole life with. As such, it was our policy that they needed to be rehomed together; we would not split them up.

The dog she was bonded with, had interest from a couple, but they did not express interest in adopting Kenzie also. After we explained they could not have the dog without also taking Kenzie, they agreed to adopt them both.

Four weeks later, the couple come back complaining that Kenzie is extremely destructive—defecating around the house, digging up carpet, tearing at cushions, etc. She also has a reported bite incident. According to the previous owners, she and the other dog were fighting. The owners went in to break up the fight and Kenzie redirected the aggression onto the owner and bit them. As such, we’ve had to red flag her upon coming back into our system and monitor her for aggression.

She is aggressive around food and toys with other dogs, but seems to be okay with people around those things.”

At this point, I was seriously questioning adopting this dog and questioning our ability as first time dog owners to manage these behaviours.

After an hour of almost purely negative talk about Kenzie, Dave 3 asked, “Do you still want to go meet her?”

Mike and I privately discussed it for a moment and decided, hell, we’ve listened to this guy for an hour, let’s at least go meet the dog.

We were sent to the meet and greet area where we waited for Dave 3 to bring Kenzie to us.

Moments later, bounding up to us was this pure white, beautiful dog. She was so excited that she was desperately trying to run, but being restrained by both her collar and lead, her front paws barely made it to the floor as she desperately tried to get to us. As soon as she reached us, she was jumping up onto us, licking our faces, tail wagging super excitedly.

Absolute opposite to what we were led to expect from her history report. Dave 3 took us to an enclosed area where we could let Kenzie off lead. We spent a good 30-45 minutes in there playing with her, running around with her, and giving her treats and LOTS of pets.

We signed the papers that day declaring that we wanted to adopt her. However, because of her previous history with bites and aggression, Dog’s Trust had to enroll us in 3 behaviour trainings with their staff before we could take her home.

We got busy preparing the house for her arrival. We were fully expecting to have to train and manage her behavior and do a lot of work with her.

When we brought her home, however, she behaved the exact opposite of how Dog’s Trust described. She was incredibly calm in the house, used the garden as her toilet, and slept in our room with us.

We thought, oh, well, maybe this is the honeymoon phase and her real behavior will come out in a few weeks after she’s more settled.

Nope, this is Doggo. She is so calm indoors. She likes to sit in her chair and sleep most of the day. We take her out on walks 3 times a day for about an hour each time. So, she does require a lot of walking, but as long as you walk her, she isn’t destructive.

She is an extremely sweet soul. She is top dog though, and requires other dogs to acknowledge her alpha status. She is a diva. She is stubborn and independent, but she will follow you around and give you all the kisses.

Her prey drive is very high, so we will never be able to get a cat while we have her, but she’s the best decision we’ve made. She brings so much love and happiness into our home. 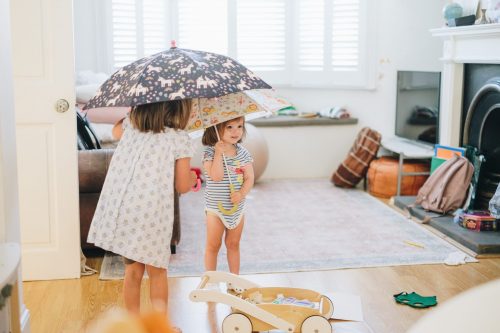 You don’t need a “perfect” home for your family photos

Ahhh, the joys of family life. Whether you are busy parents, have kids, or pets, keeping your home in any presentable order is a challenge 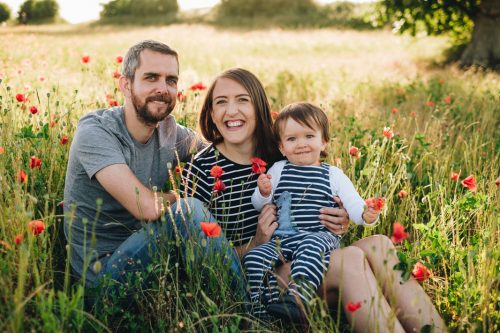 Poppy Fields make for a beautiful backdrop for family photos and we’re very fortunate in Sheffield to have some close by! A short drive down

You don’t need a “perfect” home for your family photos