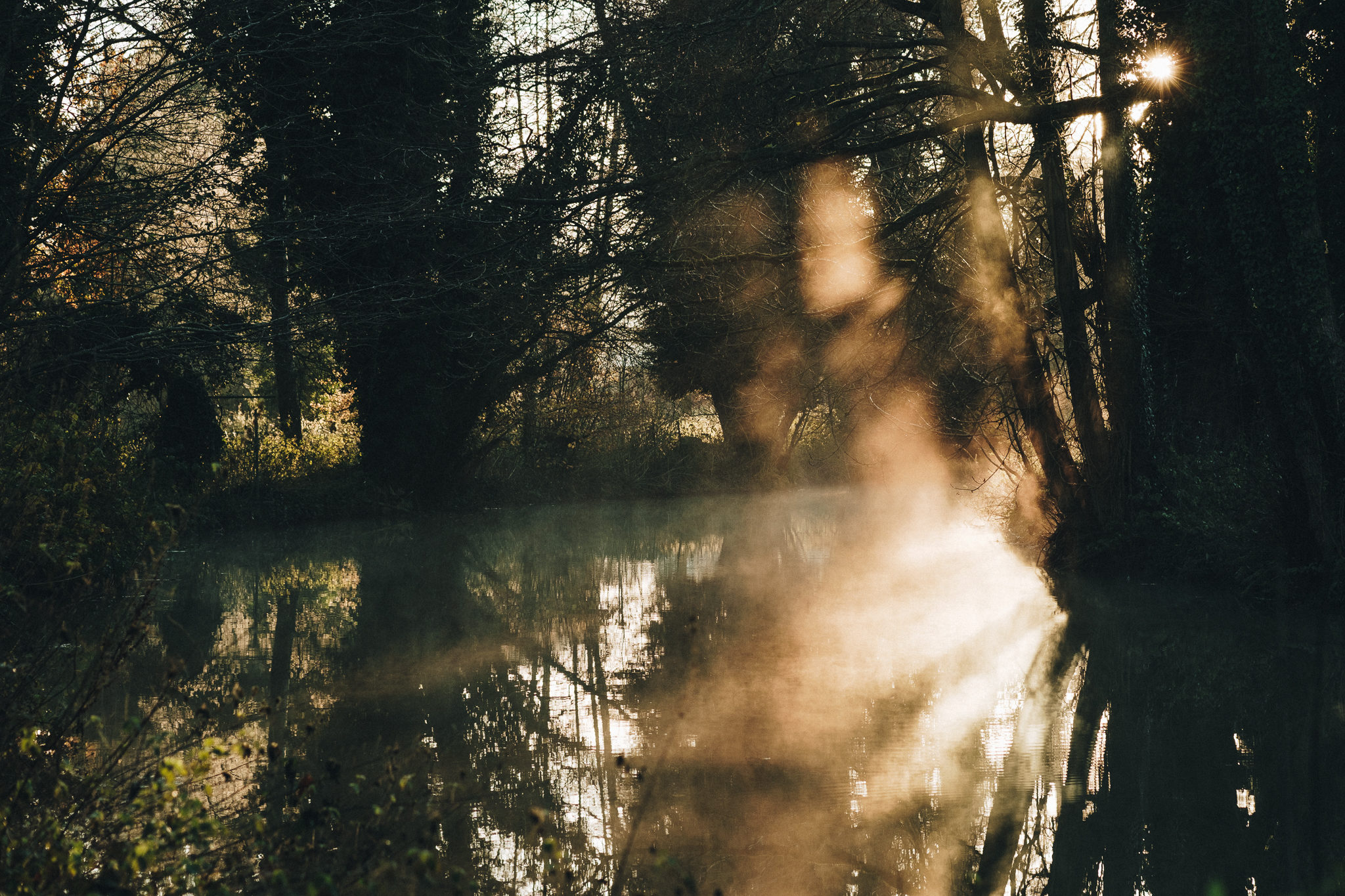 This post has been in my drafts for almost a year. Since I first wrote it, I have experienced a second miscarriage in June 2018. One that the doctors classified as a “normal” miscarriage.

In light of the fact that it was just Baby Loss Awareness Week, I thought it was time to finally hit publish on this…

In September 2017, I learned that I was pregnant. I was terrified, scared, and yet at the same time so incredibly happy. We were going to be parents. I was going to be a mum.

By the end of October 2017, I lay in a hospital bed covered in blood and my womb emptied.

My pregnancy failed. Doctors suggested that I had either a partial or full molar pregnancy. A type of pregnancy that, lumped with other rare forms of pregnancy loss, accounts for 1% of all miscarriages. (Kohn and Moffitt 47)

What unfolded afterwards was a constant up and down wave of emotions. You see…during my pregnancy, I fully accepted the fact that I was going to give birth and have a baby in 9 months. At the same time, I also consistently made myself aware that 1 in 3 pregnancies end in miscarriage with 90% occurring by the eighth week (Cohen 22, 32). Even though these figures crop up all over the internet, it was not until I read Coming to Term, Uncovering the Truth About Miscarriage by Jon Cohen after my own miscarriage, that I learned just how common they are. Though not written to help you navigate through grief, it is great for understanding the science behind miscarriages.

Despite how common miscarriages are, and despite your logical brain telling you this every step of the way, miscarriages are crushingly difficult to cope with. Statistics are just statistics because no matter what the chances of something happening are, if it happens to you, then it has happened to you 100%.

It doesn’t matter how far along you are in your pregnancy. You’ve lost your baby 100%. That’s why when people would say to me: “at least it happened early in your pregnancy” I wanted to SCREAM. Yes, I am sure it is incredibly difficult to lose your baby farther along in your pregnancy. I can’t even begin to imagine the emotional trauma of having to give birth to a baby you know will not have life. However, when you say something like “at least it happened early in your pregnancy” you are MINIMIZING a person’s need to grieve in an attempt to reassure yourself and the person you are saying it to. These comments only make those who have had early miscarriages feel worse. Suddenly, our sadness is “inappropriate” because the pregnancy was so brief. Anyone who has lost a baby during ANY point of a pregnancy needs to grieve.

In the book, A Silent Sorrow by Ingrid Kohn and Perry-Lynn Moffitt, they sum up the inadequacy of our society to help people cope with pregnancy losses:

“Pregnancy loss remains a taboo subject in our society, so even the most caring relatives and friends may not know how to help you cope with your sorrow—while you feel equally ill-equipped to guide them…explaining your loss to this wider social circle can leave you feeling more drained and angry than understood, especially if people’s responses seem clumsy or unkind…their reactions can make you believe they need comforting more than you do…you already feel overburdened.” (Kohn and Moffiitt 145, 147)

More frustrating, is trying to educate those around you about pregnancy loss and how it should be handled in our society while at the same time trying to grieve. Why is it my job to educate everyone about their thoughtless comments while I’m trying to figure out my mess of emotions??

Emma, over at Flourish and Dwell, wrote a post about how you talk about miscarriage and you should all go read it. It’s on point.

I would like to add a few of my own anecdotes to her list. Keep in mind, that people really are trying to comfort you and don’t say these things with ill intentions. They’re just not aware of what impact these comments can have.

Please also note, that these are my personal opinions and every woman experiences miscarriage differently. While some women may find comfort in these comments, I did not.

Anything that involves Stats.

“1 in 3 pregnancies end in miscarriage”

Why NOT to say it: Statistics are just statistics because no matter what the chances of something happening are, if it happens, then it has happened 100%.

What to say instead: “Would you like to talk about it?” This offers your support, but also gives them the choice to say no.

This is a tricky one because due to the taboo around the subject, some women do NOT know how common miscarriage is and can be comforted by knowing they aren’t alone. However, I knew the numbers on miscarriage and am therefore speaking from that perspective.

Why NOT to say it: I know miscarriages are common, it’s been in the back of my mind since the start of my pregnancy. This does not help alleviate my pain.

What to say instead: “Is there anything I can do for you?” Offer your support. Offer to make a cup of tea or make dinner and take it over so they don’t have to worry about it. Practical things help.

Why NOT to say it: This is not consoling and dismisses the need to grieve.

What to say instead: “It’s okay to cry.” People need to be able to express feelings without shame, embarrassment, or guilt. Give them that permission.

At least it was an early loss / At least you didn’t lose your baby at x weeks like this other person I know of.

Why NOT to say it: You are minimizing a person’s sorrow and comparing it to someone else’s. You are basically saying they shouldn’t feel sad because someone else has it worse than them. You are not allowing them the space to grieve.

What to say instead: “I’m sorry. I know you’re going through a hard time.” This acknowledges their feelings and gives them that permission to grieve.

At least you know you can get pregnant.

Why NOT to say it: Again, you’re minimizing someone’s grief by trying to turn something negative into a positive. You can’t just ignore, dismiss, or try to hide from the negative.

What to say instead: “Can I check up on you in a few days to see how you’re doing?” At some point, people stop asking about their loss. They stop asking about how they’re doing and assume things are fine or back to normal. Asking to check up in a few days/weeks/months shows that you’re still there and will continue to listen and provide them comfort/support.

Why NOT to say it: By saying absolutely nothing, you are ignoring someone’s feelings. Going through a miscarriage is already an incredibly lonely and isolating time. Not saying anything, increases that isolation.

Why NOT to say it: Having a miscarriage is NOT okay. This is most tempting to say when we see people hurt or crying. We want things to be better and so we tell them (and ourselves) that everything is okay.

What to say instead: “Let it out.” Hug them. Wrap your arms around them. They are HURT. Give them the space to grieve. Allow them to process their emotions.

This is by no means a comprehensive list and I am by no means an expert. I can only speak from my personal experience, but I hope it can help to educate those who don’t know what to say in the face of miscarriage. When people said these things to me, I nodded my head passively and agreed. It was okay. I could still get pregnant. I lost them early. It was okay. I was in no state of mind to argue or stand up for my emotions or to tell people how shitty these comments made me feel.

While I know many more women will go through this experience, I just hope that others can respond a bit more compassionately and kindly.

A Silent Sorrow: Pregnancy Loss– Guidance and Support for You and Your Family

by Ingrid Kohn and Perry-Lynn Moffitt

This one helped me to understand the emotional side of what I was going through.

Coming to Term: Uncovering the Truth About Miscarriage

This one helped me to understand the science behind everything. 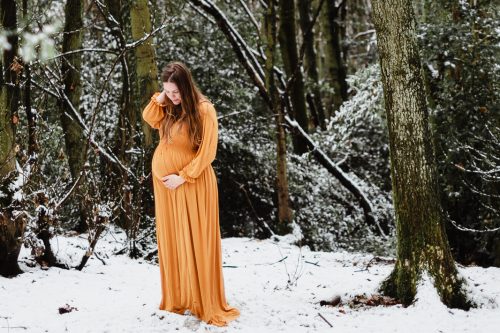 A Winter Maternity Photoshoot in Sheffield

I grew up in Florida, so when I awoke to snow in Sheffield one morning, to say that I was beyond excited is a bit

Why keeping your pregnancy secret might NOT be for you

Trigger warning: this post talks about miscarriage and baby loss Traditionally, upon discovering that we’re pregnant, we have kept silent. Pregnancy is meant to be

Menu
A few of things currently on my bedside table. I

EDIT: I’ve turned off commenting because they we

It snowed, so I quickly threw on a pretty dress wi

A Winter Maternity Photoshoot in Sheffield

Why keeping your pregnancy secret might NOT be for you